We are very happy to be in the land of four-day weekends. We took advantage of our first one and celebrated Martin Luther King’s birthday in Garmisch, Germany. We left our home in Kaiserslautern and were on our way by 10’oclock on Friday morning.

Five hours, three movies and two peanut butter sandwiches later, we arrived in the picturesque town seated at the foot of the Alps. We checked in to the Best Western and were greeted with a lovely willkommen coffee and a free upgrade. The hotel was perfect for us. We unpacked our stuff, changed and headed out for a walk.

Jason doesn’t mess around and suggested we go for the top rated restaurant out of a hundred, Zum Wildschutz. I love him. The reviews on TripAdvisor suggested reservations because of it’s popularity. We went for an early dinner and were lucky enough to share a table with another family. It was well worth it. Jason had schnitzel stuffed with bacon, mustard and onions and a Bavarian bier. The boys had a sausage dinner and I had a platter of delectable meats, kasespaetzle (cheesy spaetzle), vegetables and jaeger sauce with a refreshing radler (beer mixed with lemonade). We will have to get better at documenting our meals (obviously a very important part of our travels), but usually we are in survival mode at a restaurant, especially a nice one. Four hands are barely enough to catch the flying toys, guide the drinking glasses to and from the table, and make sure everyone is fed and quiet. So I pulled out the camera on a little walk in the city center after our meal. 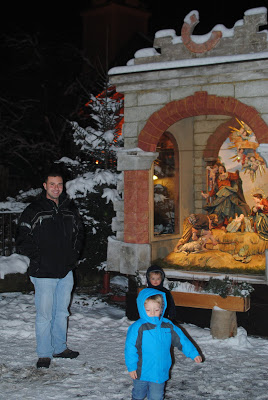 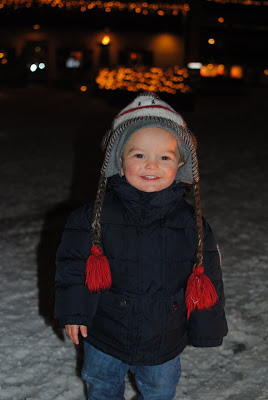 The boys slept very well in our cozy hotel room. We woke up and walked underground to the breakfast restaurant in the first building. The breakfast was just wonderful. We had eggs, sausages, bacon, fresh fruits, delicious baked goods, Swiss muesli, and even hot cocoa for our little men. We filled up our bellies and then got ready for the day. We drove a little ways to the Zugspitzbahnhof or the train station for the train that takes you to the highest peak in Germany. We made it with 10 minutes to spare before the next train left. We paid for a ticket that would take us on an hour cog train ride up the mountain, then a cable car to the peak, and down the back side in another cable car. The boys absolutely loved the train. The second half of train ride had us scaling the 3000 meter mountain in an underground tunnel. It was definitely a memorable train ride.

The view from the “Glacier” (portion of the mountain with skiing, sledding, and restaurant options) was the most incredible landscape I have ever seen. There were sharp snowy peaks as far as the eye could see.

We ate lunch at a restaurant and then ventured up the mountain to an igloo where we enjoyed a cup of soul-warming gluhwein. The igloo had a bar and a romantic Ice room where you could pay to sleep for the night. The bed was made of snow and ice with a layer of sheep skins over top. I would love to spend a night there but I don’t think you could pay my Floridian groom enough to stay there.

The Bone feel asleep on my shoulder and we all managed to get down from the igloo to the cable car entrance (not without a good few falls). We rode to the top and stayed at the very peak for only long enough to check out the panoramic lookout point. The temperature was cold enough to set The Rhino in to meltdown mode within 3 minutes. We got a few pics with Jason’s phone and then boarded a gondola for our ride down. We got down to the base of the mountain within 10 minutes and waited for the train to take us through the valley back to the station. All in all, our trip was around four hours. The boys were strong little soldiers the whole time. We will definitely go back to this area when family and friends come to visit. Zugspitze Mountain and Eibsee Lake are toured more in the Summer than in the winter so we will have to see them when the snow melts. We also hope we can make another trek up the mountain next year with our ski and snowboard boots on.

We had to check out the American Edelweiss Lodge on post while we were in Garmisch. So that afternoon we went and had coffee and hot cocoa in the basement. The boys played while we checked out the facilities and relaxed. We knew the boys would crash soon so we got them a panini for dinner and headed to the PX to get rope for our sleds. Jason is a sucker for Post/Base Exchanges. He needs to step foot in one everywhere we go, just in case they carry a different soap, snack or clothing brand :). So he found a reason to go and of course he loved it. I will admit it would be a pretty spectacular place to be stationed. This is Jason in the PX parking lot:

Jason and I ordered take out from an amazing Indian restaurant called Tandori Bollywood. We got a couple of curries and an order of onion bhaji then hit up the liquor store for a sampling of more Bavarian beer. The Rhino feel asleep in the car and we transferred him to his bed successfully. So the Bone, Jason and I shared a romantic dinner in our hotel room after a big day.

The next day we had the same perfect breakfast and then we headed out for our try at the Partnach Gorge. First, we went back to the PX for provisions for our “hike”. 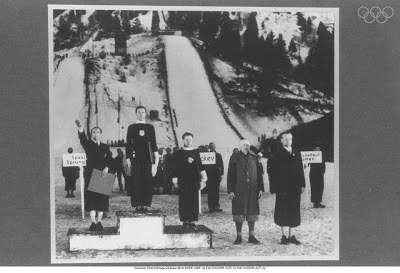 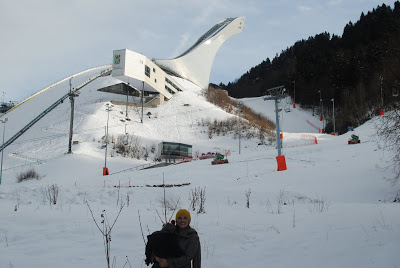 Then, we started what was supposed to be a 25 minute walk to the entrance of the gorge. It was not so easy for us. The Rhino was having a hard time walking, so half way there, poor Jason(with the Bone in his rucksack) turned around to fetch the sled. It took us about an hour and 15 minutes to get to the entrance. The walk was just beautiful. Once we made it to the gorge, we had to pay a small entrance fee and we picked up the sled because the path got quite narrow. The Rhino was excited and took off as soon as we got in. When I caught him, we had a very serious talk and then he didn’t leave Jason’s side. I was a nervous wreck. I am not going to lie…the gorge was not enjoyable for me. I kept picturing all of the worst case scenarios and I was pretty much in tears. I felt the same terrible fears that I had when I was glacier trekking in Patagonia five years ago except this time I had two little precious beings to worry about. I pushed through them because the boys were safe and I’m glad we went. It was really a breathtaking experience. 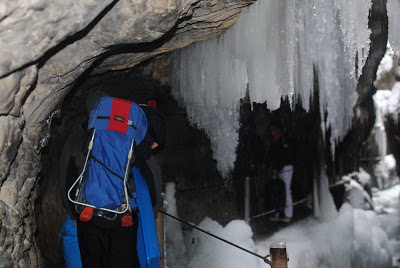 The Rhino was so pooped from our adventure that he feel asleep sitting up on the walk out. We pushed them hard. I felt bad about it but I know it is ultimately good for all of us.

In the car, the boys refueled with more peanut butter sandwiches and we drove to the hotel for dry clothes. We changed them in the car and quickly set the gps to Fussen, Germany. We drove through Austria and then back in to Germany for an hour to get to the Neuschwanstein Castle. We were too close not to visit again. Jason and I did a tour of the castle on our engagement trip 5 years ago. We didn’t plan to tour it this day because we know we will when family and friends come to visit. We marveled at it from the car and then drove on. We happened upon an awesome sledding hill. It was at the bottom of a small ski resort so it was groomed perfectly. It also had a view of the castle. We spent an hour and half sledding tons of other families. It really was a blast for all of us. Then we got back in the car and drove back to town. We capped off this day with more delicious Indian food but this time we dined in the restaurant. 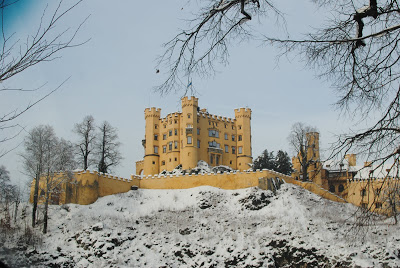 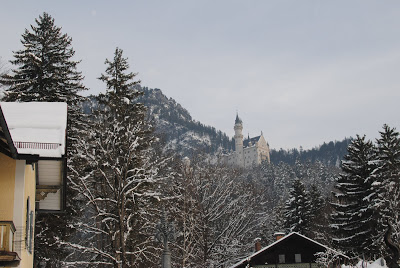 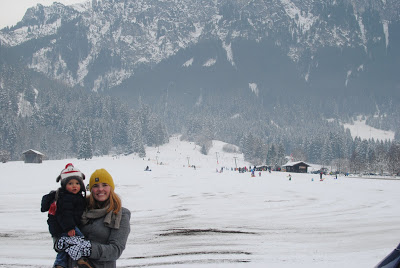 The last day, we leisurely enjoyed breakfast and then packed up our stuff. We spent the day traveling back home. Overall, we are pretty proud of ourselves. We kept quoting the comedian, Jim Gaffigan. He has a skit where he talks about what you “really” do on a vacation with many young children. How you go somewhere and usually end up eating in a place you’ve never eaten before and then you eat something and then eat somewhere else that you haven’t ever eaten before. We did much more than eat this time. I am proud of our little troopers for keeping up with us on our weekend of exploration.  We can’t wait for our next four-day weekend.

What is your favorite weekend destination?

who wants life to be tidy when you can have more fun making a mess??!

fashion, food and flirts
I Should Have Called In Sick